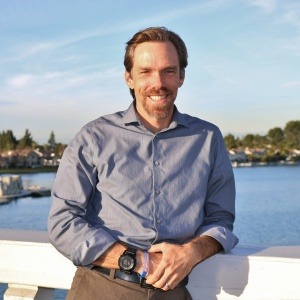 Ryan Yohn’s name appears on a federal lawsuit he and seven other California teachers filed in 2017 challenging mandatory union membership and the forced dues that come with it. As is usually the case when someone demands workers have the freedom to choose, Ryan was immediately branded as “anti-union,” and, as is usually the case, it just wasn’t true.

Not only isn’t Ryan Yohn anti-union but he says if there were laws restricting the freedom of people to join unions, he’d fight those as well. Ryan made clear that his case was more about freedom than labor unions, telling the local press on the day it was filed that the lawsuit was intended to help workers “regain our power, our speech.”

For quite a while, Ryan had attempted to work within the union system. A middle-school history teacher, from 2004 to 2012 he was a union representative for his school. He attended bi-weekly meetings and talked about issues facing teachers in the classroom. But when he was named a delegate to attend the national assembly of the National Education Association (NEA) things took an ugly turn.

“They said I hate kids, that I was a fascist.”

“I tried to pass a resolution stating simply that teachers unions should remain politically objective and it was voted down,” Ryan says. “But first I was booed so loud they had to gavel everyone to be quiet. In their eyes I was a jerk for having thoughts of my own.”

Ryan had honest disagreements with the NEA and not just that they spent his dues on political activities. He and many colleagues wondered why they were funding a union that supported tenure which Ryan opposes. Conversely, the NEA opposed merit-based pay, which Ryan supports.

In the eyes of union leaders, “I was a jerk for having thoughts of my own.”

So he continued speaking up for what he believed, undeterred by the boos or the name calling.

“They said I was secretly being paid by billionaires,” he says. “They said I hate kids, that I was a fascist. I could see that working within the union at that level didn’t do anything. My local was fine, but the bigger the union gets, the bigger the money gets means the bigger the distance between people. Go ask any teacher who the president of the NEA is and they won’t know. The only contact they have with them is when they look at their pay stub and see the money they’ve taken from them.”