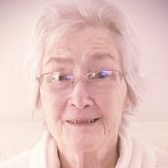 Ruth Finnegan was a young teacher grading papers in her classroom in Hershey, Pennsylvania, when five men in black suits burst in and demanded she join the union. Terrified, she gathered herself to ask what the union could offer her.

“Protection,” they said. To Ruth it sounded like a line from a gangster film. “Protection from being sued.”

Ruth told them “I’m here to teach. I don’t expect anyone to sue me.”

Ruth, who had previously taught in states where she wasn’t forced to join unions, asked a friend about this. The friend told her, “I joined the union, but I didn’t want to. I don’t think they offer us anything we need.”

“Because if you don’t,” the friend said, “you’ll probably lose your job.”

When Ruth asked her husband, who had worked at union shops, about this, he not only agreed but added that she might be endangering his employment at a local union factory.

Government unions like to present themselves as operating by democratic principles but more often use fear and intimidation to get what they want. Though they promise protection, they bully and threaten those they claim to protect to increase union power and collect billions in forced fees.

Ruth thought she could get her colleagues to fight back but they were so beaten down she could not find a single one willing to stand with her.

“I’m so glad to hear of teachers today…

…finally standing up to unions.”

“Most of them had husbands like me and were afraid of losing their jobs,” she said. “They were scaredy cats like me and, in the end, I said ‘Okay, I’ll just cave in,’ because I had no help from anybody else.” Besides, the five men in black suits showed up again – threatening her until she surrendered.

Ruth, now retired and living in York, Pennsylvania, enjoyed a fantastic career as a much-loved and awarded teacher, but she says she still regrets she allowed union thugs to scare her to the point that she did “cave.”

“That’s why when I look back at what happened to me, I’m so glad to hear of teachers today finally standing up to the unions,” she said. “I wish I could have gotten with them when I was still teaching. It’s long overdue and well worth the fight.”