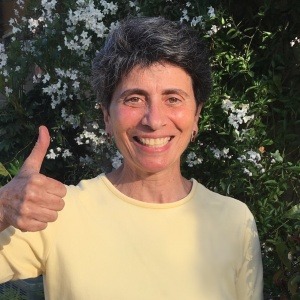 Mariam Noujaim believes labor unions have a place and role to play in the American workplace; when they act like unions.

Mariam, a longtime California state employee, had for years advocated the reduction of waste and inefficiency in her workplace and her union, the Service Employees International Union (SEIU), as a way to provide better service for customers and better working conditions for state employees.

“They forgot they work for the members and it is because of our dues they enjoy all the privileges they get.”

She said as much when meeting with a high-ranking SEIU official in 2010, telling the official that instead of the SEIU putting its “energy and resources into electing politicians; let’s use our resources to audit and monitor our spending. Let’s go back to basics and have union dues for union members.”

Did the SEIU take Mariam’s well-reasoned and deeply held suggestion to heart?

“The moment we started to ask questions they didn’t want to answer, they kicked us out of the building; our building,” Mariam says. “They forgot they work for the members and it is because of our dues they enjoy all the privileges they get.”

Mariam said that was a “decisive day” in what would become a long campaign for union transparency. She set out to discover how SEIU spent more than $60 million in member dues and fees. Eventually, it led to a California state assembly bill which would require public employee unions to post itemized budgets online as well as respond to members requests for more information.

“I give you my money,” said Mariam at a press conference announcing the bill. “Show me how you spend my money, I will know how much you care for me, how much solidarity, and how much you work for us.”

Working with Assemblywoman Shannon Grove of Bakersfield, Mariam and her colleagues also helped develop a bill that would compel public unions to hold elections every two years to determine whether they continue to represent workers. Mariam said this was critical since only 10 percent of union workers ever actually voted for the union currently representing them.

Only 10 percent of union workers ever actually voted for the union currently representing them.

“We should have the right to elect our own unions,” Mariam says. “Rather than be forced to pay dues to a union that takes its members for granted and doesn’t compete for our dollars, we would have the ability to choose our union by electing one that works for us.”

This is going to be a great event. Our own Rebecca Friedrichs will be there for the education panel. No doubt she will talk about the corrupt, so-called teachers' unions. ... See MoreSee Less

Jeralee is one of our Teacher Ambassadors. She is here to help teachers exit their corrupt, so-called teachers' unions. If you have any questions visit us at our #AdoptATeacher page on our website. We are here to help teachers with their #unionexit. https://www.forkidsandcountry.org/adopt-a-teacher/#none ... See MoreSee Less