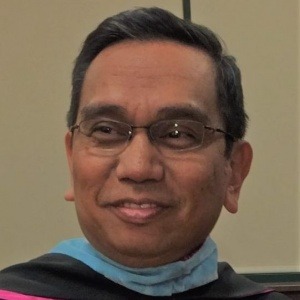 Joseph Ocol is a dedicated Chicago teacher who always puts his students first. So how is it that he came to be expelled from his union? Simple. Ocol committed the unpardonable sin – he put the kids ahead of the union. Now he’s expelled, but they still collect full dues from his paychecks.

When his union called a strike during the spring of 2016, Joseph elected to cross the picket line to continue teaching his math students and coaching his exceptional girls’ chess team. His students come from some of the toughest neighborhoods in Chicago, some of the most dangerous neighborhoods in America, so Joseph’s classes and teams provide a safe haven and sheltered learning environment for them.

“I joined the Chicago Public Schools, I became a teacher, because I have always wanted to be with my students first and foremost,” Joseph says. “Not with anybody else, not with the union, but with my students.”

Unfortunately, in the upside down world of union loyalties, a member is expected to blindly follow his union over his chosen profession and even over those students he has dedicated his life to serve. For someone like Joseph Ocol, who lives in the logic-driven worlds of math and chess, that just doesn’t add up.

“I cannot imagine being a teacher without my students,” he says.

“It is always students above anybody or anything else.”

Two weeks after crossing the picket line, Joseph’s team won first place in the All-Girls National Chess Tournament. The confidence those girls gained and life-changing growth they received was inspiring. Joseph is convinced that had he opted to be with the union instead of his students that victory would never have happened.

So the story had a happy ending … to everyone but the union. It reacted to the student’s accomplishments by criticizing their coach as a scab, threatening his job and ultimately expelling him from the union.

“I guess I made the right decision to be with my students no matter what,” Joseph says. “I look forward when the time comes that a teacher like me won’t have to be forced to neglect students’ welfare for the sake of the union.”