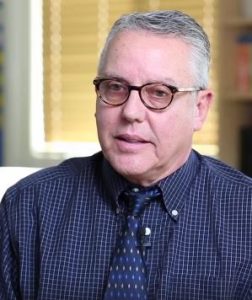 Like many others, Jose Manso was forced to join a union.

“I asked if it was mandatory to join and the human resources person said yes,” says Jose, recalling his first teaching job in 2002. “I joined because I wanted the job and didn’t want to make waves, like I’m sure many other new teachers do.”

Nonetheless, the experience disturbed him on many levels, especially when he learned that teachers’ unions were the largest contributors to the Democratic Party.

“This made me feel like I was going against my Catholic beliefs because the issue of abortion is so central to the [Democratic Party] platform,” says Jose, who began to look for ways to be freed from the union and liberated from being forced to fund activities that were completely antithetical to his own beliefs.

Jose learned that teachers’ unions were the largest contributors to the Democratic party.

Ultimately Jose became an agency fee payer which meant he received a refund on the portion of his dues that went to political contributions. But he was still forced to pay into a system, and an organization, that did many things to which he objected.

For instance, in 2008, with potential massive teacher layoffs due to a financial crisis, Jose was shocked and saddened to witness many of his colleagues, pushed by the union, voting against smaller class sizes which would have benefitted students and saved many young, gifted teachers their jobs.

“It was disgusting and showed the unions’ true colors,” Jose says. “They demonstrated that they are not about improving education but are just out for their own greed. The discussion of smaller class sizes has not been back on the table since 2008, yet the union has bargained for and achieved several teacher raises.

“Teachers’ salaries are determined by a pay scale that takes only two factors into account: years of service and college credits,” he continues. “There is no incentive for just hard work and results. I wonder how many teachers would agree to grading students on a scale that didn’t take into consideration hard work? How many would have a policy of giving all students an “A” regardless of their effort? The ‘A’ students would lose their incentive and motivation and begin doing inferior work. The ‘C’ students would slack off even more.

“I wonder how many teachers would agree to grading students on a scale that didn’t take into consideration hard work?”

“I suspect other teachers agree with me, but they won’t admit it because it’s hard to go against the union. Nobody wants to be a traitor. Most teachers go into teaching to answer a call or a vocation. The teachers’ unions twist that altruism into solidarity with them and their interests and few are willing to buck the system.”