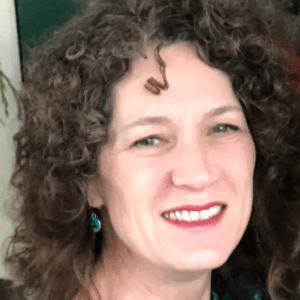 While there are countless examples of people being forced to fund union activities in direct opposition to their own beliefs – i.e. pro-life advocates forced to watch their money support pro-choice causes – what happened to Jade Thompson and her family may top them all in the most grotesque way.

In 2010, Jade, a high school Spanish teacher in Marietta, Ohio, was supporting her husband Andy in his campaign for state representative. The Ohio Education Association (OEA), the union of which Jade was a member, launched its own campaign against Andy utilizing expensive, and vicious, mailers as well as radio and TV ads.

Even the president of the local union to which Jade belonged got into the act by emailing every teacher at Jade’s school urging them to do whatever they could to thwart Andy. And making things worse for Jade was the realization that, as a forced, dues-paying member of OEA, she was supporting every attack.

“I was paying for them to slander my husband,” she says. “After seeing the 14 slick, expensive and slanderous mailers, radio and television ads against him, I had to take action. My dues were going toward this!”

Jade attempted to contact the president of the OEA but says the woman would not take her call. She contacted her district superintendent who told the local president to stop sending those emails to other teachers, which she did. By 2011, Jade had withdrawn from the union as a fee-payer but though this option is used as proof by union officials that individuals are not forced to remain in unions, the process to extricate herself was difficult, and the unions never mention the downside. As a non-member Jade still had to pay huge annual fees for collective bargaining, but like all fee payers, she lost her right to vote in collective bargaining, so she pays, but she’s voiceless.

“Opting out is a yearly process under a very narrow window; the union sends the notice out at Christmas, a very busy time for teachers, with specific instructions buried inside a half-inch packet — you have to know where to look — and a deadline of January 15,” she says.

“I don’t mind paying my fair share to negotiate our contract, but I oppose all the left-wing politics that goes along with it. I recognize that teachers need someone to negotiate their contracts, but I believe it should be done by a professional association with no ties to politics. I do not think my employment should be contingent upon me joining a left-wing political union.”