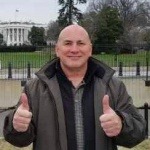 For Darren Miller, a math teacher in California for more than 20 years, his relationship with the state and national teachers’ unions has never added up. For one thing, those unions seemed more concerned with political and social issues than handling issues for which a professional union should be concerned.

“There are only three things the union should be involved with: our pay, our benefits and our working conditions,” Darren says.

What was worse for Darren, even when the union focused on educational issues such as Common Core, charter schools or vouchers, it was always in direct opposition to Darren’s beliefs. Not that Darren has a problem with disagreements, it’s just that he believes they should be dealt with in open debate and in the spirit of compromise, something state and national unions consistently shut down or forbid. Because of that, Darren left the union in 2005.

“Even when the union focused on educational issues…it was always in direct opposition to Darren’s beliefs.”

“It struck me that unions should only be entitled to my money if they were willing to compromise,” he says. “But, in the end, I was the only one who had to compromise. If you want to talk accountability, the union is not accountable to me.”

Though he left the union, hundreds were still taken from his paycheck annually for union fees. Because of that, it seemed to Darren the one motivational tool used in virtually every other sector of American life – being required to earn business – was not in play with the union.

“When Walmart does something I don’t like, I can go shop at Target. If Target does something, I’ll go to JC Penney’s. In that way, they are accountable to me. If they do something I don’t like, I don’t give them my money. Unions should not be entitled to my money; I should be able to vote with my wallet,” says Darren, who adds he would actually consider remaining a member of his local union if allowed. If teachers stand together, they can decertify state and national unions and keep just a local association, but most don’t know they have the right, so state and national unions reign.