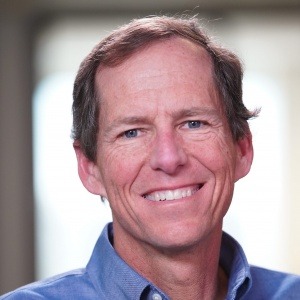 Before he became a teacher, Bruce Aster was a legislative assistant in Washington D.C. One issue he worked on was education which meant he regularly met with school superintendents and education lobbyists, including those from teachers’ unions.

“I found myself puzzled that the union lobbyists seemed far more focused on a liberal political agenda — pro-choice, nuclear freeze, etc. — than on nuts and bolts education concerns like student achievement, teacher tenure, and school funding.”

“Shortly after starting work, I was approached separately by the reps of the two big teacher unions,” he says. “They explained that because Virginia was a “right to work” state, I didn’t have to join, but they were there to persuade me to do so. I didn’t join either, but I appreciated the opportunity to listen and choose.”

Bruce eventually settled in San Diego County where he has taught for 30 years. California was not a right to work state and Bruce balked at joining a union, electing instead to become an “agency fee payer” with a portion of his forced union dues refunded to him at the end of the year. Bruce was determined to let his colleagues know that they had this option and so began the practice of giving a letter to all new hires informing them of their right to become an agency fee payer.

“About every fourth year, I also give the letter to all my colleagues, not just the rookies.”

When new and veteran teachers have told him that they join or stay with the union because officials tell them they are vulnerable without union services such as liability insurance, Bruce informs them that, like him, they can join alternate, non-union associations, such as the Association of American Educators (AAE), which provide all manner of services, including liability insurance.

Bruce believed so strongly in what he was doing he eventually became part of a lawsuit Yohn v CTA intending to free teachers from compulsory union dues to state and national unions that have very little contact, or concern, for local schools and teachers. Thankfully, another lawsuit, Janus v AFSCME freed teachers and all public employees from forced union fees on June 27, 2018.

“Over the years I’ve learned that a local union would likely be a very good counter to an adversarial administration and so I’d probably join if given the option,” he says. “I continue to refuse to belong to the state and national unions who push an agenda with which I largely disagree and which I think is often counter to the best interests of students and public education generally.”