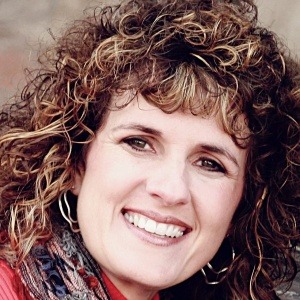 A common misnomer about public unions, promoted by the unions themselves, is that no one is forced to join. Technically that is true but as Angie Stoner found out, only technically. When she began teaching in a small town in Ohio, she elected not to join her local union. Nonetheless, when her first paycheck came she saw a deduction under the abbreviation “FS” denoting these were “fair share fees” that went to the union. Angie was not part of the union, but her money certainly was.

“I asked what that was and was told it had to do with the union that is set in place to protect me,” Angie says.

Angie was not part of the union, but her money certainly was.

Rather than protect her, Angie discovered the union was sending her money to support political and social causes in direct contradiction to her own beliefs. On her own, with no help from the union, Angie learned she could, under a religious accommodation, redirect her money from those causes. The process was laborious and complicated and ultimately required her to enlist the help of a pro-bono attorney.

“They ‘allowed’ me to pick a non-religious charity. I gave to an adoption charity where we adopted our son, then to another charity that protected the unborn,” she says. “They were completely fine with this for years. But the last two years were different.”

Out of the blue, Angie received a letter informing her she must now pick a charity that the union deemed worthy of her support. The list was rife with organizations she did not agree with on any level. She managed to find one charity that was only less objectionable but was unhappy with her “choices.”

“The last communication I received from the director of legal services was a statement: ‘Frankly I don’t care.’”

“Because there was a charity that was OK on the list I was forced to give my money to it,” she says. “I did not want to and tried to fight by emailing the union’s main office, but they would not communicate with me. When they did they were rude and unprofessional. The last communication I received from the director of legal services was a statement: ‘Frankly I don’t care.’

“We do not get to choose where our money goes and are forced to give to places we do not agree with. The lack of communication and the rude comments were totally uncalled for and yet another reason why I do not want to be a part of the union.”