Standing Up To Goliath - For Kids And Country
close 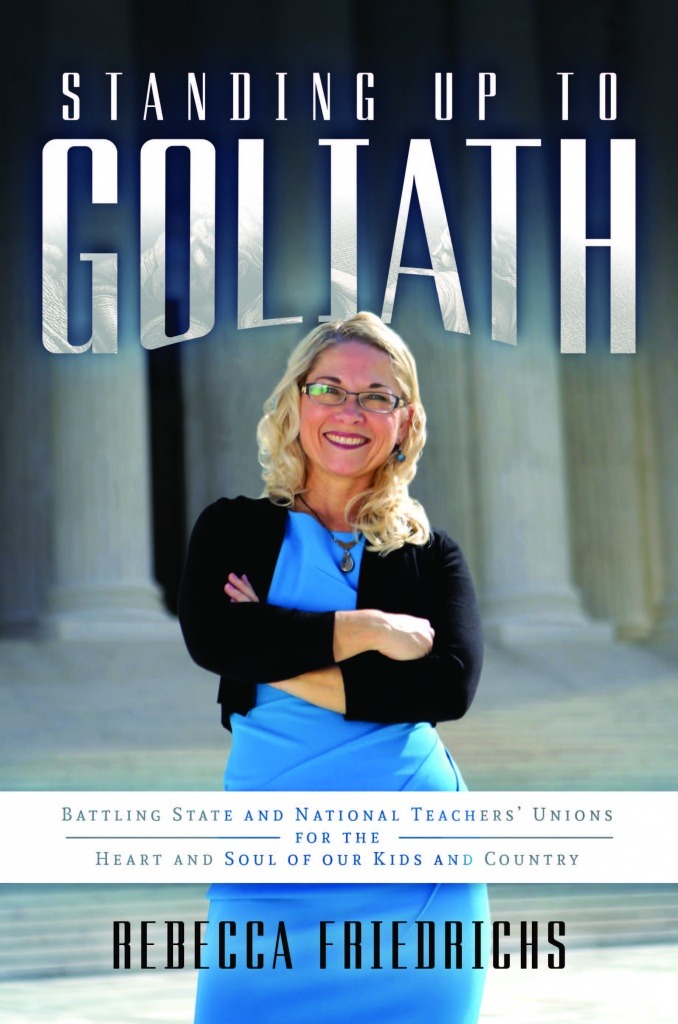 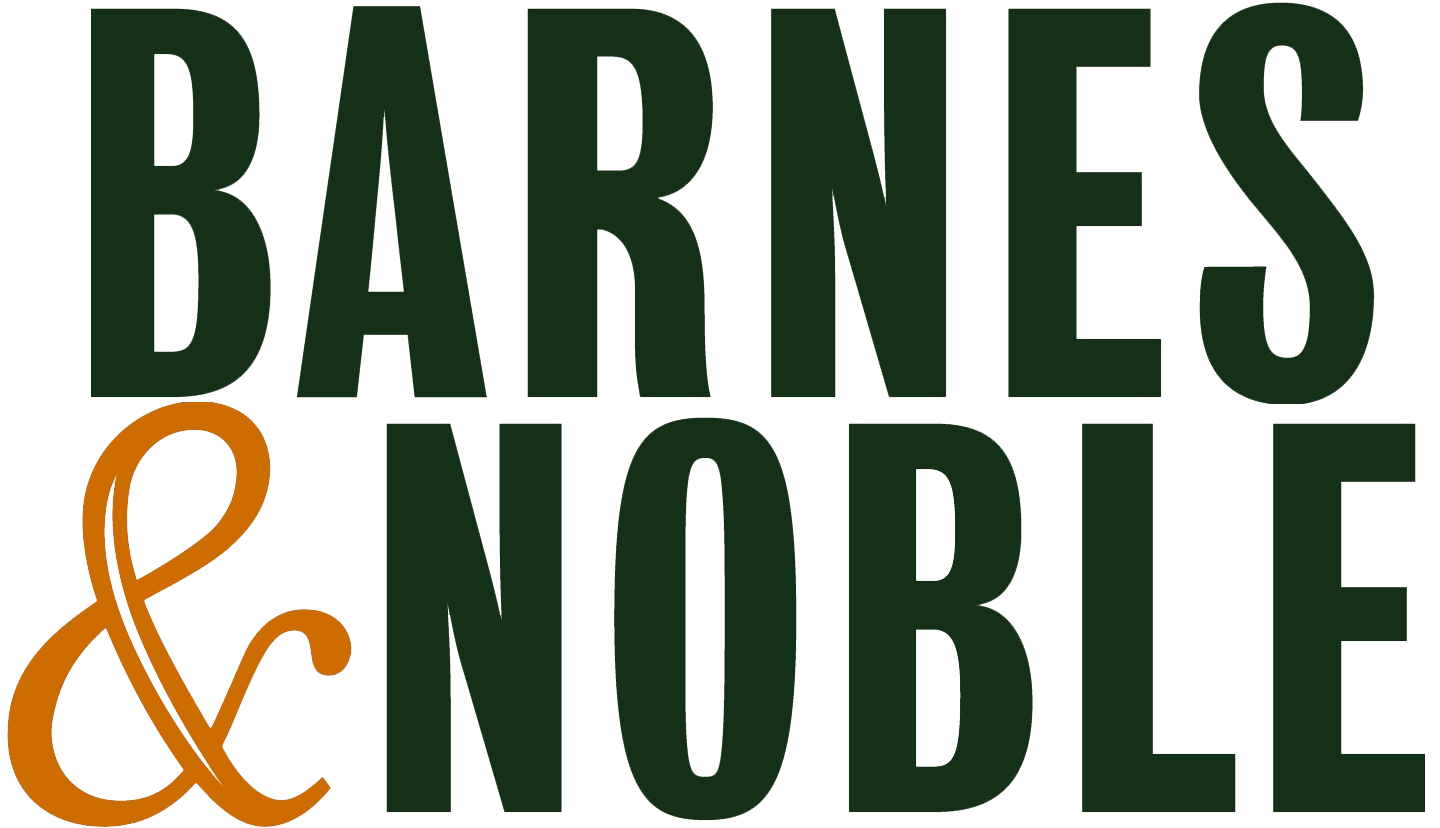 “Standing Up to Goliath is a brave and enormously important book. A blow-by-blow account of arguably the most meaningful battle of our times – the ongoing fight for the nation’s children against the all-powerful teachers’ unions – it is simultaneously a deeply affecting personal memoir. Rebecca Friedrichs did not sign up to be a hero, but circumstances and her own indomitable will, made her one. It should be mandatory reading for parents, and anyone else concerned with America’s future.”

“Rebecca Friedrichs’s Standing Up To Goliath, is a troubling, tragic, and ultimately triumphant odyssey of a woman standing up to the most wealthy, corrupt and brutal forces attacking our kids and country. Friedrichs masterfully weaves the personal and the political. A must read! Warning: Not easy to put down!”

Rebecca Friedrichs was a 22-year old student teacher when she first discovered that union control of our schools is bad for kids and teachers.

Rebecca writes in her new book Standing Up to Goliath, “The teacher next door could never seem to manage her class; although her students seemed to be just as lovely as the kids in our room. She would grab them, and yank them into their places in line and scream right into their little faces if they didn’t stand still. My heart always broke for the wiggly little boys who had no more control over their moving bodies than their teacher had over her temper.”

When Rebecca asked her supervising teacher why this abusive woman was allowed to be alone with kids, her supervisor said, “Today’s the day you learn about teachers’ unions.”

Rebecca learned that bad teachers, whether abusive, incompetent, or apathetic, were virtually immune to any kind of consequences for their actions thanks to collectively bargained grievance procedures, tenure and a world view held by state and national union leaders that places union politics and the desires union activists above the safety and educational needs of children.

Standing Up To Goliath recounts this and many other shocking lessons Rebecca would learn over her three-decade career as a teacher in America’s public schools. She helps us to learn that most teachers appreciate their local association but resent state and national teachers’ unions who do not represent great teachers and their students, but rather use them to fund the unions’ social, sexual, and political agenda and to increase the power and wealth of unions and their allies. Indeed, state and national teachers unions have actually become the major cause of our educational and cultural decline.

“Throughout my 28 years as a teacher forced to fund unions, and two decades as a parent with children in union controlled public schools, I have witnessed union forces bully and intimidate teachers, parents, and children, and work overtime to create a culture of fear,” she writes in Standing Up To Goliath. “I’ve watched as union leaders have drowned out debate at school board meetings, shouted down teachers and parents who voiced independent opinions, and used intimidation tactics to bring down anyone who refused to be controlled by unions.”

Eventually this led Rebecca to join forces with the Center for Individual Rights (CIR) in a lawsuit, Friedrichs v California Teachers Association, with 9 other California teachers.

She writes in her book, “I knew having my name on the case would leave me vulnerable to harassment, perhaps even physical violence, but I’d been voiceless for almost three decades. Whether unions will actually bring physical harm to people or not, people believe they will. The fear is so palpable that almost every teacher who supported my case would thank me in secret.

“Over and over I was pulled into darkened rooms by teachers and administrators desperate to let me know they agreed with my stance but were terrified of the consequences associated with talking to me. They would typically look up at the ceiling and ask, ‘Is there a camera or microphone in this room?’ before thanking me, hugging me, or telling me they were praying for the success of our case. The minute we’d walk out of the room, they’d act like I wasn’t even there.”

The unions tried to scare Rebecca – a method so fundamental to their culture of fear the most common question people asked her was,

“Are you afraid for your life?”

But Rebecca was not afraid. She was driven and strengthened by faith, which gave her the courage to take on Goliath.

She writes, “I spent days talking to God about His nudging on my heart, and the passion inside of me grew. I started to fully understand that He wanted a teacher to shine the light of truth onto the darkness in the teachers’ unions. A teacher needed to speak out in defense of teachers, parents and kids. A teacher who had been personally bruised by union abuse and who had attempted to right the wrongs from the inside of the union, and God was asking me to be that teacher.”

Destined to be a classic, Standing Up To Goliath is that quintessentially American story: Brave individuals standing up in the face of overwhelming odds and power.

“I’ve been in this battle for decades,” she writes, “so I can totally relate to the temptation toward hopelessness, but I can tell you from personal experience, it’s a pit that holds us down and allows unscrupulous individuals to exploit us for their own self-interests. If we want freedom for our kids, families and teachers, we’re going to have to fight for it.”

Standing Up To Goliath – Available Now!