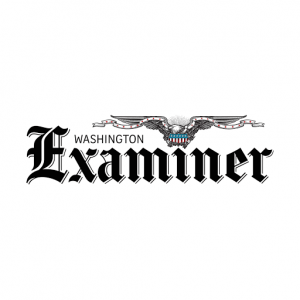 Her new book, Standing Up to Goliath, features testimonies of teachers, parents, and kids who have been harmed by the state and national teachers’ unions.

“If people read this book and find out what is really going on, they will find out that every single problem in our schools is related to the teachers’ union,” Friedrichs told Red Alert Politics in a phone interview.

The national face of restoring the authority of parents and teachers in schools, Friedrichs recounts that she was forced to fund state and national teachers’ unions whose political causes and values she did not support.

“The state and national unions are the drivers behind abusive sex-ed curriculum, dangerous discipline policies, attacks on our country’s history, exceptionalism, and Judeo-Christian values,” Friedrichs stated.

The book delves into the National Education Association and California Teachers’ Association’s covert push for a controversial sex-ed curriculum in California public schools.

“The unions’ sexual agenda is pushed onto students as young as five…the reason inappropriate sex education curriculums are entering our schools is that the NEA RA operates more like a political action committee for the Democratic Party’s social agenda than a teachers’ association,” Friedrichs writes in chapter nine.

According to Friedrichs, the recent resolutions at the 2017 NEA convention included “education about homosexual activity in schools using materials from the [Gay Lesbian Straight Education Network],” “a Gender-Inclusive schools toolkit,” and “all transgender students should be able to use the bathroom or locker room of their choice.”

…Friedrichs argues that “teachers have to decertify from the state, local, and national unions and then re-establish local associations,” as these will protect them when they are forced to teach things they know are controversial, rather than simply lobby for national political causes. She also founded a nonprofit, For Kids and Country, to further these efforts.

…Kate Hardiman is a contributor to Red Alert Politics. She is pursuing a master’s in education from Notre Dame University and teaches English and religion at a high school in Chicago.”