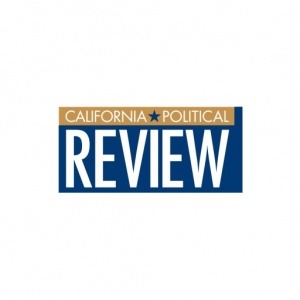 “…In Standing Up to Goliath: Battling State and National Teachers’ Unions for the Heart and Soul of Our Kids and Country, teacher, wife, mother, devout Christian and Supreme Court plaintiff Rebecca Friedrichs (David) has written an informative, enjoyable and, at times, infuriating book in which she weaves revelations about her humble roots, marriages, problems with her own children and battles with the teachers unions (Goliath) into a tale that is both personal and political. There are charts, tables, stories, stories and more stories.

We meet a resilient woman who became a single mom when her son was just four, whose unstable life saw them moving six times in four years. Refusing to accept her son’s ADHD diagnosis and a rocky blending of families when she married her supportive husband Charles provided more challenges. But with much love and determination, they were eventually able to achieve peace and tranquility.

Little did Friedrichs know what lay ahead of her then. Her first brush with the teachers union came in 1988 when, as a student teacher, she was assigned to a fabulous mentor-teacher who was inspirational. Dubbed “the master,” her classroom “was a refuge, a place where dreams and imaginations could thrive.” But right next door, there was “the witch,” a screamer who had no control over her class and regularly manhandled her kids. Friedrichs voiced her alarm to the master who responded, “Today’s the day you learn about teachers unions,” and went on to explain that the teacher next door had tenure, and because of that status the teachers union protected her, making it nearly impossible for a principal or school district to get rid of her…

…Throughout Friedrichs’ odyssey, she came across people with touching and infuriating tales that exemplified the teachers unions’ callous attitude and bullying. She introduces us to Joseph Ocol, a dedicated teacher who ran an after-school chess club for at-risk kids in Chicago. When he refused to participate in a teachers strike, choosing to remain loyal to his inner city students, he was summarily thrown out of the union. (He was still forced to continue paying dues, of course.)

Then there is Jade Thompson, a Spanish teacher, whose union, the Ohio Education Association, used her forced dues to fund a slanderous campaign against her husband when he ran for state representative. “My mom received fourteen high-priced glossy flyers all aimed at my husband. They highlighted really ugly pictures of Andy. They placed a pig in the picture with him and showed him barbecuing and put an insulting little chef’s hat on his head. It was mockery. They made him look like a buffoon.” The union apparently saw nothing wrong with using Thompson’s own money to destroy her husband’s political career.

While the book is chock-full of entertaining tales and some that make your blood boil, Friedrichs also uses charts and tables to illustrate the unchecked power of the teachers unions. For example, we see that while National Education Association members are politically mixed, the union’s political spending goes almost exclusively to liberal and leftist candidates and causes. One revealing table shows that teacher union leaders, while pretending to be men and women of the people, are heavily entrenched one-percenters who make more than ten times the salaries of many of their flock…”