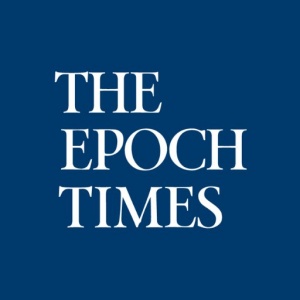 “The Freedom Foundation has helped approximately 2,000 California teachers and school employees opt out of six major state unions this year—a record high, according to the Orange, California-based national nonprofit.

“There is definitely a movement happening, and it’s very apparent that [teachers and school staff] are fed up,” Rachel Weigel, California outreach director for the foundation, told The Epoch Times.

There are more than 300,000 members in California’s largest teachers union. But according to Weigel, those numbers are dwindling.

Currently, there are several key factors contributing to the trend of teachers withdrawing from their unions—such as the inclusion of critical race theory and what’s called “comprehensive sexuality education” in public school curricula.

However, Weigel said, the COVID-19 vaccine mandate was the straw that broke the camel’s back.

“These unions are basically backing policies and pushing for things that are causing teachers to be forced out of their jobs,” Weigel said. “Everything that’s happened over the past two years has really opened the eyes of a lot of these teachers of what their union represents and who they really care about.”

…In addition to Weigel’s work with the foundation, Rebecca Friedrichs of San Clemente, California, continues her advocacy to give teachers options.

Friedrichs, who taught in the California public school system for 28 years, was at the center of a lawsuit on the issue—Friedrichs v. California Teachers Association—which was heard by the U.S. Supreme Court in 2016.

Court observers predicted SCOTUS would rule in her favor 5 to 4. But the death of Justice Antonin Scalia changed the outcome. The case tied at 4 to 4 and was sent back to the U.S. 9th Circuit Court of Appeals, which ultimately ruled in favor of the unions.

However, the case paved the way for Janus v. AFSCME, the 2018 ruling that mandatory union membership violates the U.S. Constitution.

Friedrichs said that before COVID-19, she felt alone fighting the unions.

But when schools shut down and students transitioned to online learning, it not only awakened parents, but also prompted thousands of teachers to finally opt out.

“Our goal is to be a messaging campaign,” Friedrichs told The Epoch Times. “If teachers and parents will stand together, they can remove the unions from our schools and stop funding them.”…”