City Journal: Life After Tenure - For Kids And Country
close 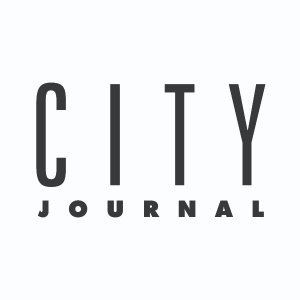 “How much of a difference will the Vergara decision really make?

Education reformers hailed last week’s sweeping decision by Los Angeles Superior Court Judge Rolf M. Treu in Vergara v. California as a “total victory for the children” that “changes the landscape for improving education.” Treu’s ruling—which he immediately stayed pending appeal—voided the Golden State’s teacher tenure, seniority, and dismissal statutes. Unsurprisingly, the California Teachers Association and the California Federation of Teachers denounced the decision, going so far as to say that it would harm children, and vowed to fight it all the way to the state supreme court. While Treu’s decision should hearten reformers, a final resolution could be years away. That gives policymakers ample time and opportunity to plan for a post-Vergara world.

Judge Treu’s decision is not prescriptive; he offered no fixes. If sustained on appeal, his ruling would simply remove five unconstitutional statutes from the state education code. What might replace them? If the state legislature does nothing, 1,043 individual school districts would have to decide their own policies on hiring, retaining, and firing teachers. That’s fairly common practice in other states. More likely, however, the CTA and CFT would seek legislation that meets the minimum equity requirements of Treu’s ruling with the hope that another judge could be convinced that the new reforms pass constitutional muster. And given the unions’ clout in Sacramento, they frequently get their way.

Tenure, for example, could survive in some form. Treu did not say teacher tenure is detrimental per se; rather, he stressed that the probationary period for most teachers is too short. California is one of only five states where schools reward teachers with permanence after two years or less. In 41 states, the probationary term ranges from three to five years. (The other four states don’t allow tenure at all.) It wouldn’t be unreasonable for a CTA-allied lawmaker to propose changing the period from two to three years. That would be a small improvement, but nothing of great substance.

Reforming seniority would be tricky. Treu’s ruling would mean the end of the “last in, first out” system that compels district officials to make layoff decisions without regard to teacher quality. Bill Lucia, president of Sacramento-based advocacy group EdVoice, suggests lawmakers could establish a system that “includes elements of a seniority system but with exceptions made for excellent teachers or permanent teachers willing to serve in hard-to-staff schools.” But how to quantify excellence? Using other states as a guide, it could be done through a combination of standardized tests, evaluations by principals and independent outsiders, and perhaps even parental input. The CTA and CFT remain steadfastly opposed to any system that would use student performance to measure teacher effectiveness, but they might not have a choice here.

As far as the dismissal statutes are concerned, the legislature made a gesture toward sanity with Assembly Bill 215. That bill, which passed both houses of the legislature unanimously last month with the support of reformers and unions, would make it somewhat easier for administrators to remove teachers accused of “egregious behavior,” such as sexual abuse. But Treu also cited evidence suggesting that anywhere from 2,750 to 8,250 “grossly ineffective teachers” are protected by seniority rules that have “a direct, real, appreciable, and negative impact” on millions of students. AB 215 would do nothing to ease the process of ridding classrooms of incompetent instructors—the “merely” ineffective, as opposed to “grossly” ineffective ones—but it’s a start.

Evidence shows that tenure reform can boost teacher quality in schools where good teachers are needed most. A new study of New York City schools by researchers at Stanford’s Graduate School of Education and the University of Virginia’s Curry School of Education found that many ineffective teachers voluntarily left their positions when their probationary periods were extended in lieu of tenure. During the first four years of the reforms, researchers learned, a very small percentage of teachers were denied tenure. But the percentage of teachers whose probationary period was extended grew substantially—from less than 5 percent to more than 40 percent. “Because the policy had the effect of increasing the exit of extended teachers,” explained University of Virginia researcher Jim Wyckoff, “schools with a larger concentration of black students are especially likely to benefit from the policy, as likely replacement teachers will be more effective than extended teachers who leave, leading to an improvement of teaching in these schools.”

Judge Treu’s ruling could pave the way for more useful reforms along the lines of those adopted in New York City, but only if legislators have the courage and foresight to seize the opportunity.”