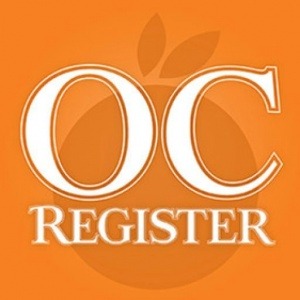 “Under the leadership of its combative President Alex Caputo-Pearl, the United Teachers of Los Angeles is planning to strike, very possibly in January. The union has a laundry list of demands, some of which the Los Angeles Unified School District has agreed to, in part. But unlike the union, LAUSD is constrained by fiscal realities, and has county and state auditors waiting to pounce if it missteps.

UTLA’s main order of business — not surprisingly — is a salary increase for its teachers. But a close second is the class-size issue. The union is calling for an across-the-board cut, while the district is offering to reduce class size in 90 “high-need” schools. According to the latest data, the pupil-to-teacher ratio in Los Angeles is 19.7, not exactly an unreasonable number. While that is above the national average of 14.5 to one, it is far below the 1955 level when the ratio of teachers to students in public schools was 26.9 to one.

As a former teacher, I know that a small class makes life easier — fewer papers to grade and parents to deal with, for example. That said, there is no evidence that it makes any difference in student learning. In fact, a massive meta-analysis — results from multiple studies – was released in October that shows that small class size is a red herring. The report, produced by the Danish Centre of Applied Social Science examined 127 studies, eliminating many that did not meet strict research requirements. The researchers found that there may be tiny benefits to small classes for some students when it comes to reading. But in math, it found no benefits at all, and the researchers “cannot rule out the possibility that small classes may be counterproductive for some students.”

So 127 studies later, it’s basically a wash. The Danish analysis did nothing more than underscore Hoover Institution economist Eric Hanushek’s results of his class-size research in 1998. Examining 277 separate studies on the effect of teacher-pupil ratios and class-size averages on student achievement, he reported that 15 percent of the studies found an improvement in achievement, while 72 percent found no effect at all and 13 percent found that reducing class size had a negative effect on achievement. While Hanushek admits that in some cases, children might benefit from a small-class environment, there is no way “to describe a priori situations where reduced class size will be beneficial.”

In his 2018 book “World Class,” Andreas Schleicher, director of the education and skills unit at the Organization for Economic Cooperation and Development, debunks the myth that smaller classes yield better results. He points out that top-performing nations, such as Japan, South Korea and China tend to have much larger classes than we do, yet manage to produce more successful students.

Additionally, EdChoice researcher and economics professor Benjamin Scafidi found that between 1950 and 2015, the number of teachers increased about 2.5 times as fast as the uptick in students. He adds that despite the staffing surge, students’ academic achievement has stagnated or even fallen over the past several decades.

When true believers push for smaller class size, the unintended consequences are rarely acknowledged. Despite what many union leaders would have us believe, money is a finite entity and is wasted on mandated small classes. Districts are frequently forced to add portable classrooms or even build new schools to accommodate class-size reduction. When class size is reduced, schools have to spend more to hire teachers, which is not only costly, but dilutes the pool of qualified teachers. Small classes divert money that would be better spent elsewhere, such as higher pay for better teachers.

So in Los Angeles, UTLA is trying to get the district to spend money it doesn’t have on a problem that doesn’t exist, that doesn’t benefit kids and fleeces the already beleaguered taxpayers. The only beneficiary of smaller classes is the union, which gets to add to its bottom line with the hiring of more dues-paying teachers.”