Fox News: Critical Race Theory Exposed In Detail In New Documentary, 'Whose Children Are They?' - For Kids And Country
close 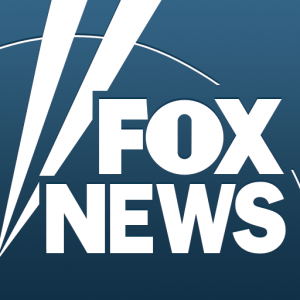 If there is a silver lining in the COVID-19 crisis over the past two years, it’s that American parents have seen firsthand, via their children’s online classes, how public schools have pushed a radical agenda that includes CRT (whether it’s actually called that by schools or not).

With the premise that “public education is the most important domestic issue facing America today,” the documentary is opening in select theaters on March 14, for one night only.

It calls on parents, teachers and others to partner together “for the innocence and well-being of our children.”

“I’d like parents to understand that the root problem in our schools is the so-called teachers’ unions and their radical agenda — not good teachers,” Rebecca Friedrichs, a producer on the project and a cast member, told Fox News Digital in an interview earlier this week.

The mother of two grown boys, Friedrichs is co-founder of For Kids and Country, a national movement of parents, teachers and citizens who want to restore the culture in public schools.

…CRT is ubiquitous in America, noted Friedrichs ahead of the documentary’s debut. “The so-called teacher unions and their political allies are heavily pushing CRT in our K-12 schools, colleges and universities,” she said.

“It is imbedded in curricula, teacher trainings, school cultures and especially through Obama-era racial equity discipline policies that have turned our classrooms into war zones.”

Friedrichs also said, “The education establishment wants teachers to weave CRT into every subject. But good teachers reject CRT because it teaches children to judge their peers [based] on the color of their skin instead of the content of their character.”

Friedrichs added, “My students and I always celebrated that we were living Martin Luther King Jr.’s dream because we had students from all over the world in our class, but we all respected one another.”

“We were a true melting pot. Unions and their allies seek to divide us all with CRT. Beware: CRT is presented under a score of other titles.”

Her lawsuit, Friedrichs v. California Teachers’ Association, brought with 10 others, was argued before the United States Supreme Court in 2016 and “blazed the trail for ending forced unionism for all teachers and government employees.”

“If parents will stand with good teachers and help them to reject the unions, we can restore our schools,” explained Friedrichs. “The unions are the culprits behind undermining parents, indoctrinating children, pushing an anti-American agenda, destroying our once outstanding educational system and more.”

A former California public school teacher, Friedrichs is the author of “Standing Up to Goliath.”

Friedrichs also noted that while teachers are no longer forced to fund unions, many are either unaware or too afraid to leave unions that “control teachers in a culture of fear.”…”