Delighting In Safe Pasture With Linda: Resist Pulling A Jonah - For Kids And Country
close 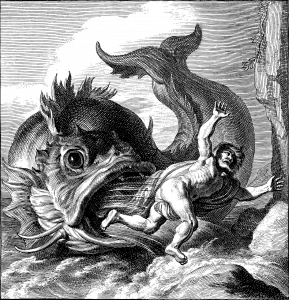 Jonah was a prophet called by God to preach against the wickedness of the city of Nineveh. Jonah tried to run away from God. We are all familiar with the story of Jonah’s time spent in the belly of a great fish. His purpose for trying to flee from God? We assume that Jonah just couldn’t deal with what God was asking him to do! The evil of their day was probably not much different than what we see today. The idea of Jonah trying to convince an entire city to turn from their wicked ways or face judgment was probably overwhelming! The opposition he would have to face was too difficult a task. If only God would just do all the work…After all He is the God of the universe!

Let’s look at what happened after he was swallowed up by the great fish then spit back out again.

Jonah 4:1-5
Jonah was greatly displeased and became angry. He prayed to the Lord, “Oh Lord is this not what I said when I was still at home? That is why I was so quick to flee to Tarshish. I know that you are a gracious and compassionate God, slow to anger and abounding in love, a God who relents from sending calamity. Now oh Lord take away my life where it is better for me to die than to live.” But the Lord replied, “Have you any right to be angry?” Jonah went out and sat down at a place east of the city.

The first thing that struck me in this passage is Jonah’s double-minded attitude. How often am I just like this? I am sure and certain of God’s ways, but I am at times so caught up in what I think life should look like that I miss the present blessings.
Let’s take a closer look. First Jonah commends God: “I know that you are a gracious and compassionate God, slow to anger and abounding in love, a God who relents from sending calamity.” But then in his next breath says this: “Now oh Lord take away my life for it is better for me to die than live.”

Jonah was certain of God’s love yet could not find the joy in that alone. He was consumed by his anxiety. He was having a pity party because his situation didn’t quite turn out the way he thought it should.

God posing the question to Jonah, “Do you have a right to be angry?” is a good lesson for us today, perhaps to help us recognize that God is always right even when it’s not comfortable.

This life will have its many different seasons. It definitely doesn’t always go as planned, but we must stay focused on what is certain. As Jonah put it, God is abounding in love, and this alone should trump any of life’s hard knocks. We must press on and see the goodness of God in the land of the living. There is by far more good than bad out there! Jonah was so consumed by the evils of his time that he could only see what Satan wanted him to see, not the blessings the Lord had for him.

Usually the root cause of anger, fear and anxiety is not a lack of faith in God, but of trust in His plan. We are so terrified in the moment that we lose sight of what God has for us.
I had a frightening experience many years ago. My husband and I and a few of our children were in the spa in our backyard. One moment we are laughing and having a relaxing afternoon, and in the next moment I am screaming at my son (who happened to be in the house) to call 911 for help.

My husband’s face fell straight forward into the water. It didn’t take long for me to realize something was terribly wrong. I immediately got out of the water, pulled his head out and then fearfully thought that he had died. His face already had a tint of blue and there was no response to my screams!

Although it seemed like an eternity, he finally regained consciousness. I remember he suddenly gasped, opened his big, bright blue eyes and looked up at me. My husband was back, and as the paramedics looked him over all his vitals were good. They suggested he go to the hospital to run tests, but being young, stubborn and a man (sorry men, but I think you’re all somewhat alike here!), he declined and said he felt perfectly fine!

As I look back I think I was pulling a Jonah here. I might not have been running away from God as he did, but I certainly was terrified of what the Lord had allowed. Instead of focusing on God’s compassion and mercy on my husband’s life, instead I became anxious and gripped with fear! For the weeks that followed I could not sleep a wink. I basically was fearful it would happen again and I would not be awake to help him. I literally stared at him all night listening to his breathing, the sure sign he was still alive! I couldn’t just relish in the fact that my husband’s life was spared. If only I could have marveled at God’s mercy, and focused on being thankful that as frightening as that was, God had spared him.

We may all feel the pressures of today’s world, and sadly many people are despairing. However when God asked, “Do you have any right to be angry?” Jonah was very honest with God. His response in verse 9b: “I do,” he said. “I am angry enough to die.” It’s interesting to note that Jonah acknowledged that God heard his prayers, and that he “delivered his life from the pit” (Jonah 2:6). Jonah’s prayers for the people of Nineveh were answered and evil relented! So one must wonder why he was still entangled in despair!

Surprisingly one of the answers is because the Lord saved the Ninevites and they eventually turned to God. That wasn’t good enough for Jonah. Out of anger and hate for evil he wanted God to bring complete justice and perhaps even some revenge. Instead the people repented and were spared. Jonah couldn’t find joy in God’s answers, because they didn’t line up with Jonah’s own plan. He wanted to see the vengeance of the Lord. And because of His own desires He couldn’t shake off the despair it brought him, to the point that he desired death over life!

Perhaps another reason is because he simply let bitterness take root in his life. He allowed his emotions to rule over what he knew to be TRUE about his Lord. That is a scary place to be, one we must recognize from its start and avoid at all costs!

As we move forward in this unsettling world, may we be a people who never lose sight of God’s perfect plans. Although we may be seeking justice and God’s rescue, it might not happen as we wish. May we find joy in what He is accomplishing and not lose hope because of what we think He’s not. If we are feeling hard-pressed, fearful, anxious…it is not because our loving Father doesn’t hear us or isn’t answering our prayers. It is perhaps because we are not trusting His answers.

Do you think the Lord may be asking us today, “Do you have a right to be angry?” And truthfully like Jonah I think we are all a little angry at the lies, fraud, deception and wickedness. No matter how it appears to us, God will work it all out for His good. Imagine for a moment the gentle words our Father may have for His children today when we question the times we live in…. “No not right now… it’s not time… be patient…. do not fret… do not lose hope… see the good…my way is always better… I have a plan that will surpass all your understanding and one day you will see my glory and you will rest in my radiance. I just want your present moments to reflect your trust in Me, your true and living God, the perfecter of all things!”

Isaiah 35:14
Say to those who have an anxious heart: Be strong and fear not. Behold your God will come with vengeance; with the recompense of God he will come and save you.

Psalm 34:17
When the righteous cry for help the Lord hears and delivers them out of all their troubles.

2 Thessalonians 3:6
Now may the Lord of peace himself give you peace at all times in every way. The Lord be with you all.

The pouring out of God’s mercy on the people of Nineveh came as a result of them turning from their wicked ways. As we witness many all over the world coming to the Lord, it brings us hope. Christians all over the planet are seeking God’s mercy and deliverance from evil! He hears, He answers and He always rescues!

However the Lord seeks to do this is entirely in His hands! We must rest in His plan. According to Webster’s Dictionary a “plan” is a method or way of doing something. Do our plans ever include failure? Never! Think about that for a moment. If this applies to our frail and weak plans as humans, how much more for our mighty powerful God? We WILL experience victory. It’s His nature! Let’s trust His ways!